We are currently experiencing technical difficulties. Should you encounter an issue purchasing your tickets,
our Box Office team would be happy to assist you at 403-294-9494.
We apologize for any inconvenience this may cause. Box Office Hours: M-F: 9AM - 8PM, Sat: 10AM - 6PM, Sun/Holidays: Closed.
error
Pre-Register 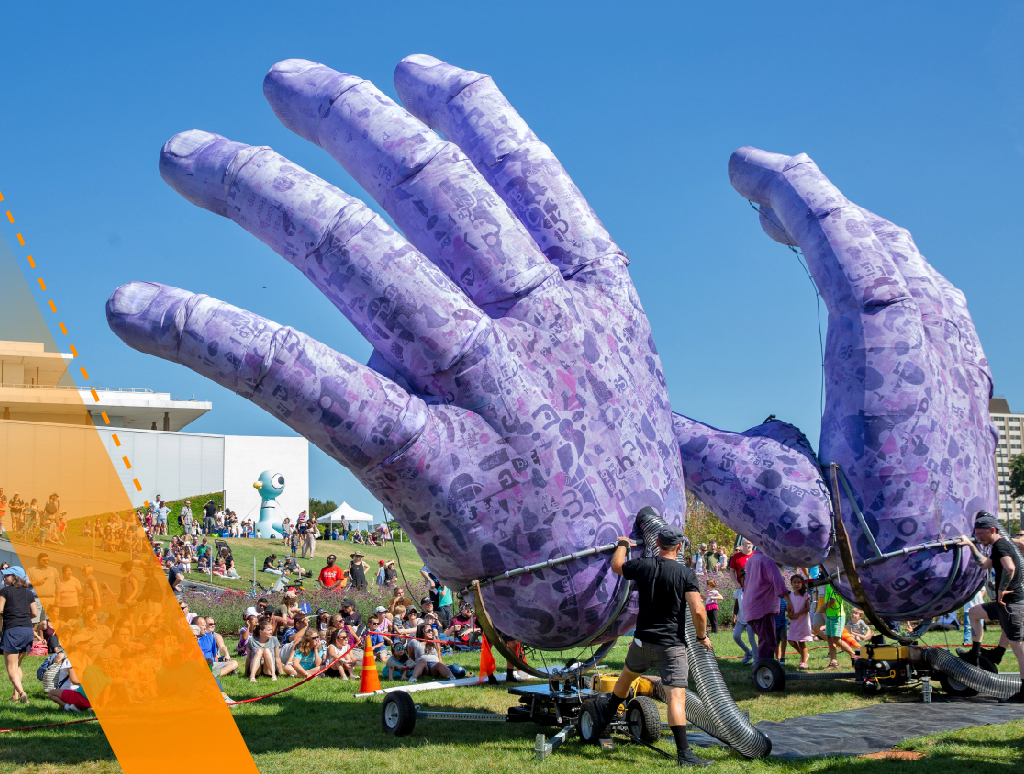 Grab a blanket, a snack, and the whole family for some fun on Olympic Plaza! For three days of catchy music and spectacle, Squonk is taking over Arts Commons’ front yard with their wildest open-air show yet, Hand to Hand.

In the spirit of teamwork and collaboration, Squonk: Hand to Hand invites audiences of all ages to become participants to operate two giant purple puppet hands (each the size of a house and rigged like a sailing ship) as Squonk’s band plays their signature brand of quirky, upbeat rock and two guitarists go head-to-head in a musical face-off. And the best part of this art extravaganza? It’s free!

Celebrating its 30th anniversary with the Hand to Hand tour, Squonk is known for creating joyful, boisterous outdoor spectacles by fusing fantastical visual design, playful staging, and high-energy original music that has attracted a dedicated audience of 0 to 99 years old.

Since their first big show in a Pittsburgh junkyard, Squonk’s productions have taken the group to Off-Broadway, Broadway, America’s Got Talent, Europe, Asia and all over the United States. The group has released nine albums of its progressive rock, a blend of styles featuring driving rhythms and hypnotic riffs. Squonk’s productions have been seen by over 1 million people live, and by over 14 million on network TV.

All plaza seating is available on a first come, first served basis. Picnic blankets and festival chairs are welcome!

Pre-register now to attend Squonk: Hand to Hand and receive a special Squonk-themed activity package for ages 4 and up! 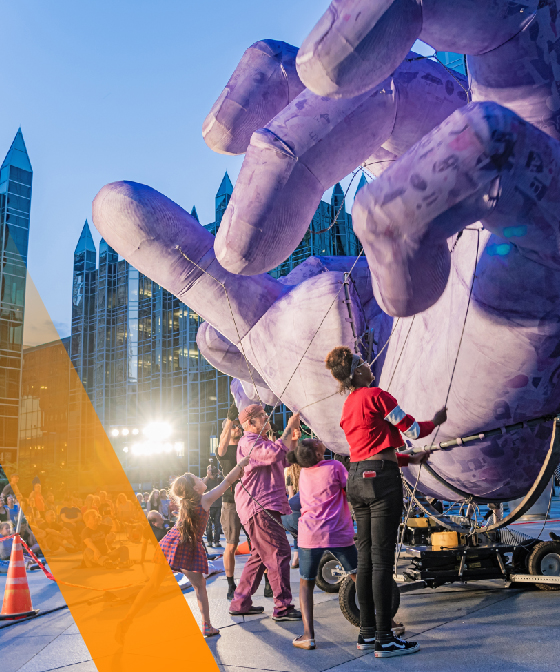 This is a FREE event.

“a multimedia troupe of infinite jest with an imagination to match”