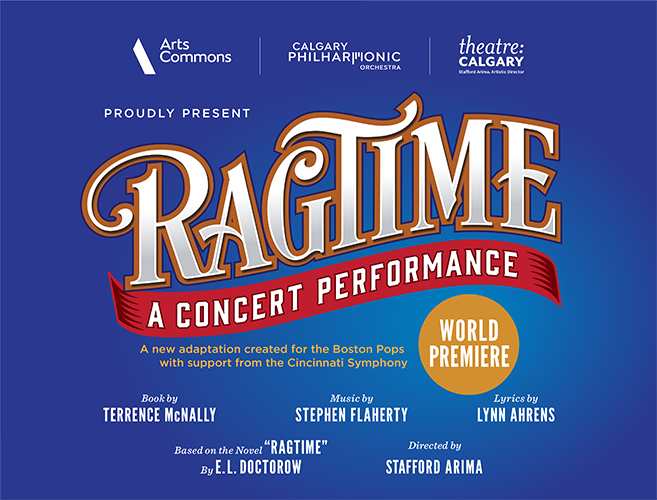 Hear a timeless story in a historic collaboration at the Jack Singer Concert Hall this spring.

For the first time, three of Calgary’s largest arts organizations – Arts Commons, Calgary Philharmonic Orchestra and Theatre Calgary – are joining forces for a special musical presentation with an important message for the world. Ragtime: A Concert Performance will celebrate the power of music to explore the human spirit at the core of the most pressing social issues today, in the world premiere of a new adaptation by the acclaimed Boston Pops orchestra of this Tony Award-winning musical.

Based on the 1975 novel by E.L. Doctorow and adapted for the stage by three of the most celebrated musical theatre writers of our time, Tony Award winners Stephen Flaherty, Lynn Ahrens, and the late Terrence McNally, Ragtime was nominated for 13 and won four Tony Awards in 1998 and continues to grow in appreciation as a modern Broadway masterpiece.

The music in Ragtime: A Concert Performance was created for the Boston Pops with support from Cincinnati Symphony.

Your contributions are greatly appreciated.