Presented By The Mexican Consulate

Founded in 1897 in the town of Tecalitlán Jalisco by “Maestro Gaspar Vargas” and which remained for many years under the artistic production and general direction of Maestro Rubén Fuentes, it is to this day the most influential Mariachi Band in the history of Mexican music.

Thanks to their love of music and the perfect form of execution, they adorned around 200 films with their presence, sharing the screen with characters from the golden age of Mexican cinema such as: Pedro Infante, Jorge Negrete, José Alfredo Jiménez, Cantinflas and Luis Aguilar.

They have been recognized with multiple awards including Grammy, Latin Grammy and have been positioned for several weeks within the Monitor Latino chart, the latter with the song "Enamórame Otra Vez". Today it is headed by Carlos Martínez as Musical Director, who continues to highlight with the sixth generation, the work that through 125 years has positioned them as THE GREATEST MARIACHI IN THE WORLD. 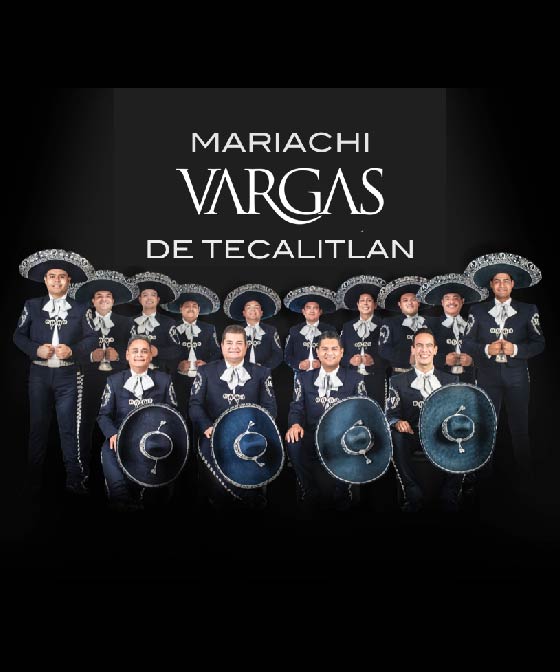 All Ages Event - Senior Pricing 65+, Student Pricing 12-18 or Valid School ID, Child Pricing 3-12. Children age 2 and younger do not require a ticket unless they require a dedicated seat.